See all 17 Products in Family 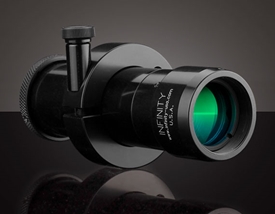 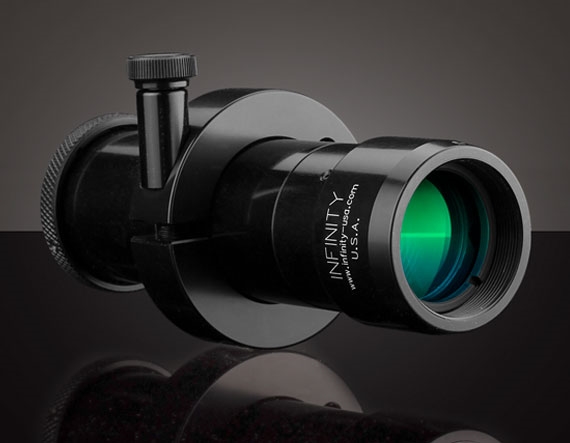 This in-line assembly unit is used to mount Mitutoyo or Achrovid™ long working-distance objectives to C-mount cameras, yielding magnifications not possible with ordinary video lenses, such as 50X magnification. The InfiniTube™ system can be configured in a variety of fashions. It can be utilized alone (InfiniTube™ Standard #56-125) for applications where illumination is provided from another source such as a backlight or directional illumination.

A version of the InfiniTube™ is specifically designed only for Zeiss ICS-corrected objectives (#58-538, 160mm tube lens design). Shorter than the Standard model, this model has color-compatible correction for use exclusively with Zeiss ICS objectives. The RMS adapter (#53-786) is required to connect #58-538 to the Zeiss EC Plan-Neofluar® objectives.

The RMS adapter (#53-786) is required to connect #58-538 to the Zeiss ICS objectives. Since even the slightest vibration will affect such small fields-of-view seen with the InfiniTube™ we recommend vibration isolation equipment when using objectives greater that 10X in magnification. We also recommend the use of a focusing mechanism (such as the Rack and Pinion Movement mount #54-794) when using the lens alone.